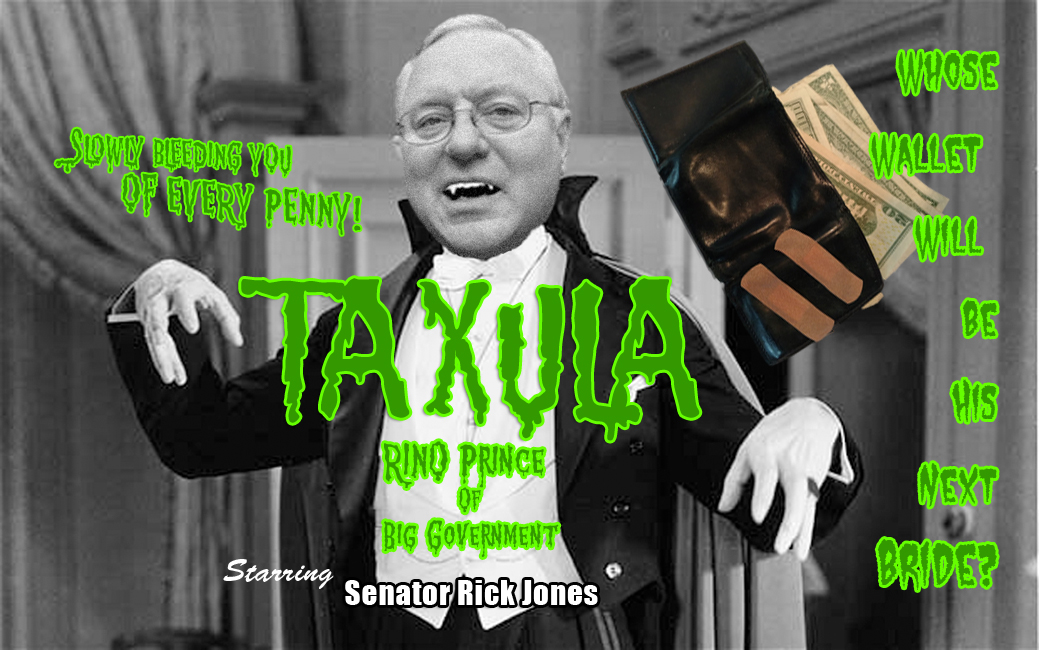 Got a commercial licensed vehicle, RV, or trailer that you only insure part of the year? Well, Republican Senator Rick Jones has made it so the State of Michigan can levy an additional tax on those vehicles not insured year round. That would be a one dollar tax on every type of motorized vehicle in Michigan that must be insured under MCL 500.3101, and now, even part time under the new authorization.

Did you know that Michigan has a special Automobile Theft Prevention Authority? Well, through your premium paid to your insurance company, every person insuring a vehicle for 12 months must pay $1.00 that goes to fund the Michigan ATPA. That wasn’t good enough for Senator Jones’ lust for increased government revenues; no, he introduced legislation that would encompass vehicles that owners insured only part of the year.

Last year, the Michigan Attorney General issued an opinion that not just passenger vehicles could be taxed. This was not an opinion from the AG that was compulsory but Senator Jones introduced legislation last May to take full advantage of it to impose additional fees and raise insurance costs by making it a law.

From the fiscal analysis: “This opinion, in conjunction with the revised language of the bill, could cause the ATPA to alter its plan of operation and begin assessing fees on additional classifications of vehicle and vehicles that are not insured for an entire year.”

So, get ready for your ORVs, like snowmobiles, motorcycles, jet skis, etc., basically anything with a motor that has to be licensed and insured to be taxed additional fees.

Senator Jones’ legislation along with ORVs will take MILLIONS of dollars of new revenue from your wallets and send it to the State of Michigan’s tax coffers.

Increasing or adding more government fees, costs and control as a true progressive, is never a missed opportunity for Senator Jones to suck millions of dollars out of the private sector (your wallets) for government.

What will Senator Jones’ next step be? Probably to introduce legislation to expand the ATPA and or its authority and double or triple the tax.