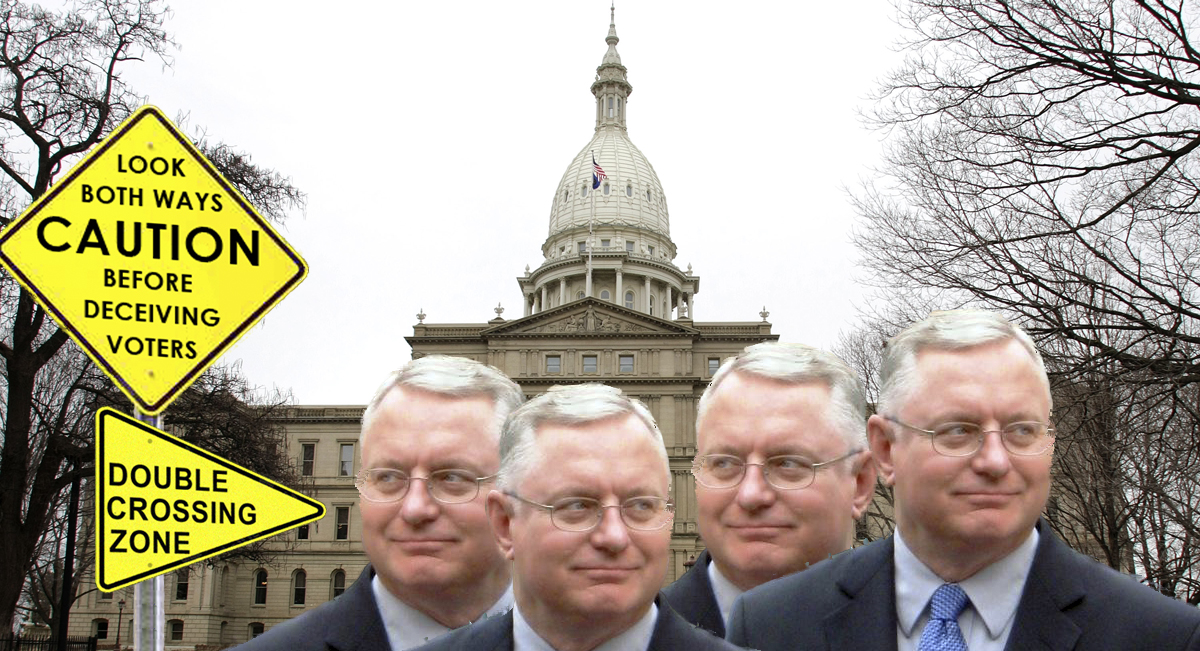 Voting in a BILLION DOLLARS of gas tax increases against the will of the Michigan voters a short time ago wasn’t enough for Senator Jones. Now voting “Yes” again on another tax increase scheme to shift the licensing fee for fuel distributors and gas stations to your wallet.

A package of bills shifts licensing fees from gas stations and fuel distributors to your wallet when you buy gas. The reason--you’re more reliable and you’ll pay more.

Fuel distributors and gas stations go in and out of business and this shifty move obviously makes us, as consumers, a much more stable income source for the state’s tax coffers.

The Senate fiscal analysis indicated that fuel buyers in Michigan would be paying an additional $7,500,000.00 in tax due to this tax shift scheme.

From the official analysis links below: “If the sale of petroleum products subject to the fee remained constant, the fee increase would result in a 14.3% increase in fee revenue, or $7.5 million”

So, not a fee structure for petroleum businesses, but rather a price per gallon consumer tax structure that will reap the state millions more in revenue and the beauty of it is the more you buy the more they collect in tax from you. Pretty sweet and lucrative deal from what they had before.

Is this what his constituents voted him in as a Republican to do?

Well, perhaps some of the fuel distributors or their lobbyists will be making a nice donation to Senator Jones’ campaign or secret 527 funds in the near future.